A Ride and some bling.....I mean Farkle!

So the weekend finally rolled around, it had indeed been a long one, especially for the people of Christchurch.   Every kiwi seemed to offer support and the country is pulling together.  It is hard being in Auckland, and really wanting to help.  I ended up offering my house for accommodation to Christchurch residents wanted to escape, nothing has come it so far but it felt good to do something.  The kids donated their pocket money, and together we all went to the bank to put it in.  If you feel you wish to donate  please click on the link...Donate, It all helps.  Sadly I have heard that one  of the sales reps of a client in Christchurch was killed.
The R.A.T. (Riders Association of Triumph) raid which was planned for Christchurch this weekend was cancelled.  The Wellington RATS organised a ride around the East Cape, to make up for it. It was decided that The Auckland lot would join them in Whakatane.  I decided to tag along as I had no plans for the weekend.  In the end it was only Dave, his wife Lynn and myself.
We had a great ride down through Morrinsville, Cambridge, covering every back road in the Waikato region.. Eventually we ended up in Tirau, which is where we stopped for lunch.  It was decided to head towards Rotorua, then south towards Taupo, before turning off and going through Murapara.  The road to Murapara is pretty straight, and I wondered what I had done, but all is not lost as soon after Murapapa. it becomes a great motorcycling road, with fast sweeping corners and good seal.  A lot of fun.
Passing over the dam at Matahina, It is impressive, and takes you completely by surprise.  We arrived at our destination just after four.  The Welly RATS didn't arrive till after six, but it was good to meet them and we all went out for dinner and a few drinks.  It was a rather subdued night, which is most unusual with the Rat's, but the Christchurch quake has taken its toll on people. 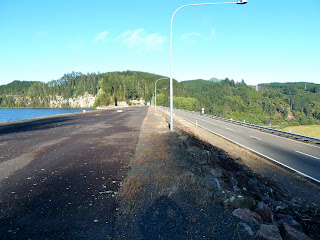 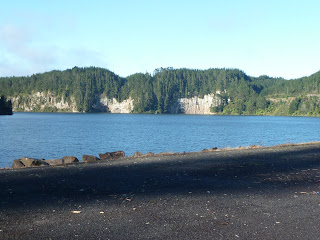 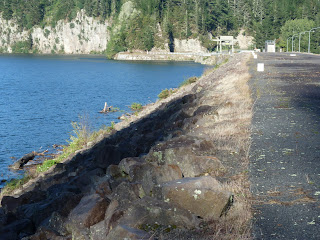 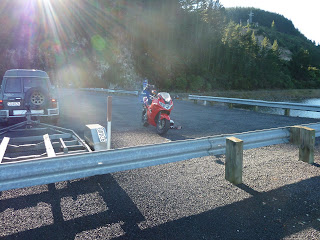 In the morning I left and head towards home, coming pass the Rotorua lakes and a few back roads back to Auckland.
I fitted a rear hugger to the bike on Friday night, as I was eager to protect the new shock that had been put in last November.  Besides I felt inspired by Steel Cupcake, so had no choice.   I don't think mine looks as flash as Lori's......, but then I had done a 700km weekend with it so it might be a bit grubby! 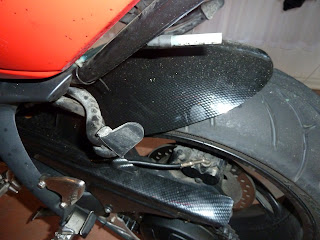 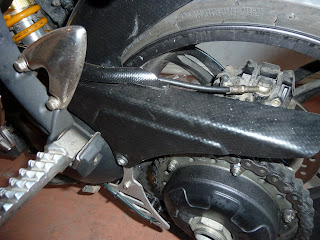 It had been good to great a way, feel the wind in my face, and to count my blessings.  Biking sure has a way of relaxing you and letting the stress fade away.   Some times it sounded like the triple engine was just singing!  Just had the bike over a year and have completed  18000 Km's.  I don't commute on it so most of that mileage is all touring.  The bike now has 32000kms on the speedo.