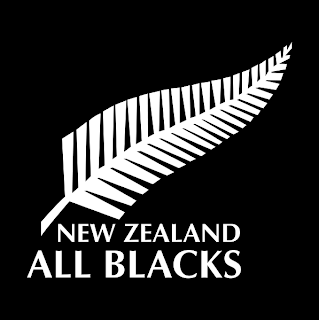 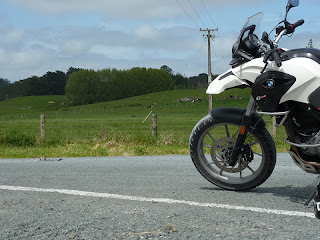 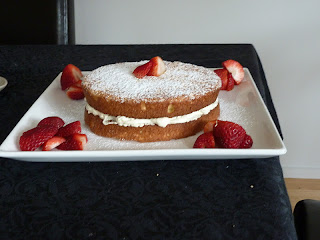 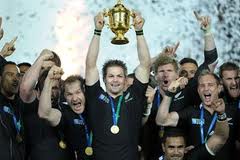 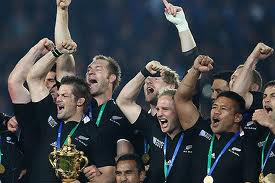 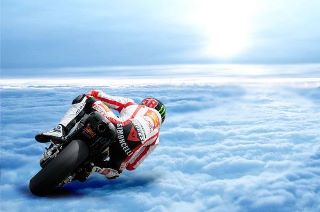 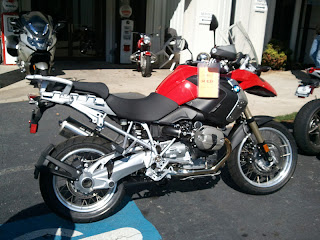 I am sure we will get all the details soon!
Posted by Roger at Saturday, October 29, 2011 4 comments:

T: It is a big bloody box for little bits!

Me: They are well wrapped.

T: Where is it from?

T: You think?.....or is there some thing you not telling me?

Me: okay okay...it is a big box from Germany with some bits, some of which may be big, for the bike.

T: That is not the answer I was looking for.

T: Still not the answer I was looking for!

Me: I think I will take you shopping for a new pair of shoes...

T: How many pairs?

Me:  Sure Saturday is good by me. 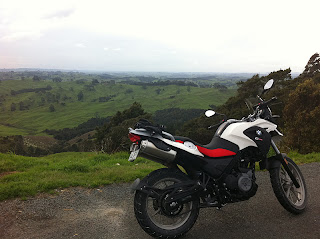 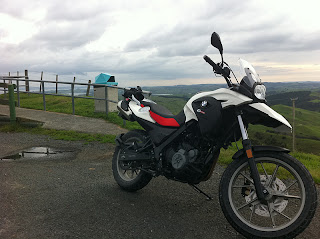 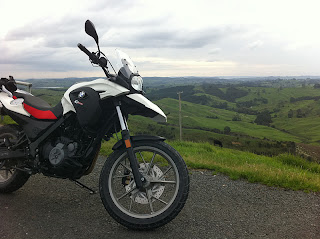 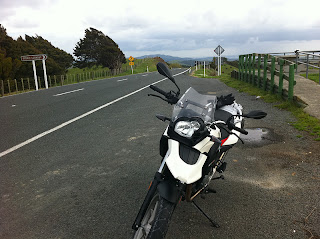 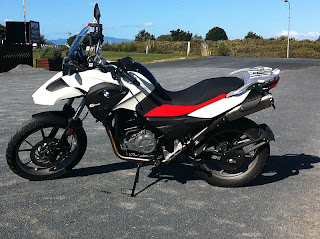 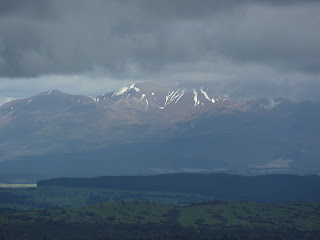 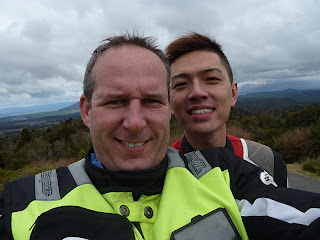 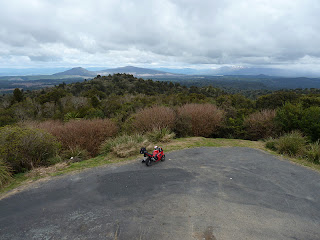 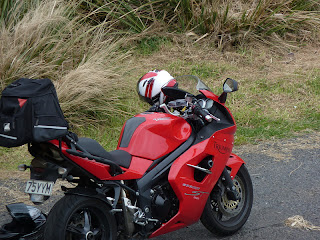 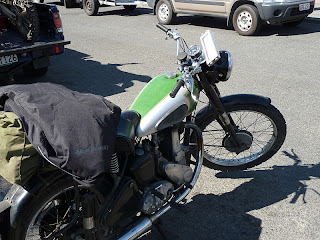 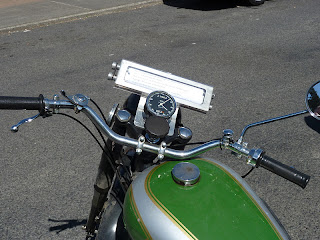 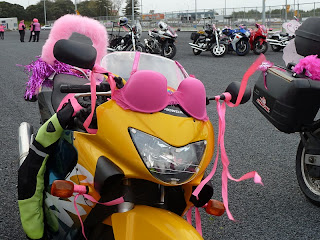 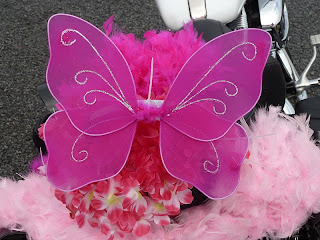 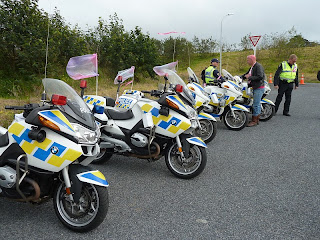 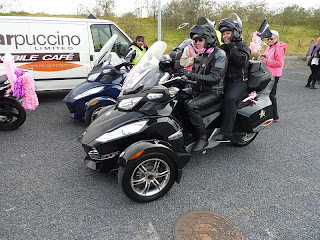 I will always remember my Auntie rose.  Always smiling, always fun, always seemed happy, and some how managed to spoil us.  She had a little red min with a hole in the floor.....kind of drafty, and now a days certainly wouldn't be legal to be on the roads.     I don't remember when I first knew she was sick, I cannot even remember how old she was when the cancer finally took her life.  But I do remember her....her death at a young age, with two young daughters.


Sunday was the The Pink Ribbon Ride, a fund raiser for the Breast Cancer society.  Phillip McDaid sent out a request to all members and trainees from IAM to help in the marshaling of this event.  By NZ standards it normally ends up a very larger gathering of bikes, incorporating a small guided ride through Auckland waterfront, city, and ending at Western Springs just out side of Auckland central.  Some people go to all sorts of extremes to decorate there bike which all adds to the event.

I had my kids this weekend but with a bit of help from my partner I was able to take Taylor on Saturday to the briefing and trial ride, and on Sunday, Nathan came with me to attend the official ride. Bloody good to have them apart of such a great event.

I attended this last ride last year, it is a great event, with a real spirit of camaraderie with bikers all coming together for a common cause.  It was a great honour to be a part in helping with it, even in a small degree.  The New Zealand Police provide just wonderful support ensuring roads are closed and shut off to let easy flow through of the bikes.  They are a friendly bunch and keen to talk bikes and chat, just brilliant.  There is a great deal of support from the many on lookers that lined the route also.

It was enthusiastic group of volunteers that met on Saturday with the organises.  Full credit to those that put time and effort in.  Geoff made the trip all the way from the Coromandel, and was the furthest to come.  I knew it took a fair bit of juggling on Geoff's behalf to be able to attend....good on ya mate. I took Taylor with me on the Saturday, she seemed to enjoy being a part of it, as long as there is Cafe food at the end of it! 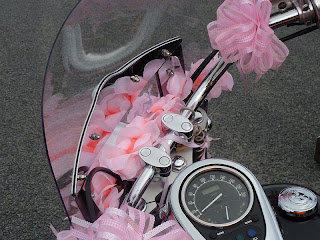 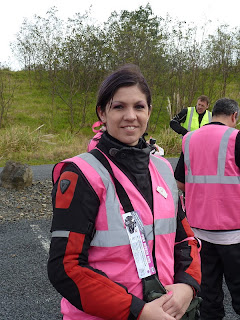 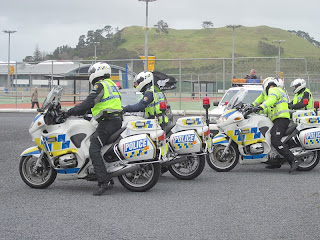 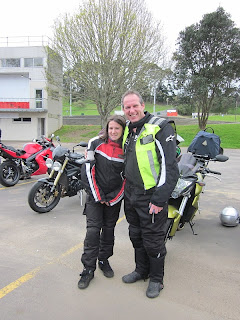 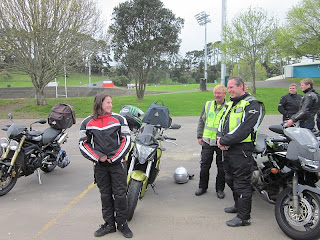 Getting together with the other IAM riders ensured a fair bit of light hearted banter ensured, actual I quite enjoyed asking Sergeant Chung...(in front of everyone) what the top speed of his GSXr 600 was on the open road.....he tactfully declined to answer, it was funny though.

Getting there nice and early Sunday in case we were needed for any help with the marshaling bikes into the meeting area.  In the end this particular bit was not really necessary but it was good to be there and see all the bikes rolling in.  I must admit though I didn't half need that early morning coffee....

The ride left on time and went with out a hitch, I peeled off at my designated point and assisted in keeping any traffic from joining into the middle of the ride.  The ride took us along Quay street which has been temporally closed during the world cup, but which was opened especially for us. There was plenty of crowd support to be had from the on lookers, and It was a great feeling to be a part of.  Nathan was loving being apart of a group ride, some thing he has not been apart of so a new experience.  Once the progression of bikes had passed we rejoined and tagged on in at the back

Once at the meeting point we spent some time promoting IAM and generally chatting to everyone we knew.  We had been very lucky all weekend with the weather.  It was for cast for rain both days, some of it heavy, and even though it threatened, it never started raining until later on Sunday afternoon. Thankfully by  then the festivities were over.

Many thanks to Geoff for providing some photos.