Since the first day that I brought the wee 650 I have been dying to get out and explore the Coromandel and some of the great gravel roads it has to offer.  The benefit of this also is the great scenery you only get to see if you actually venture off and take some of theses roads.

I left Thursday morning, heading out around Kawakawa bay and Kiaua, and theses first photos are from this part of the ride. 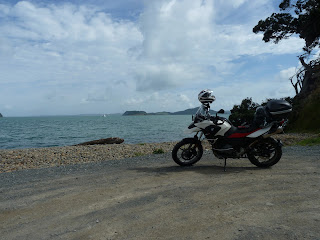 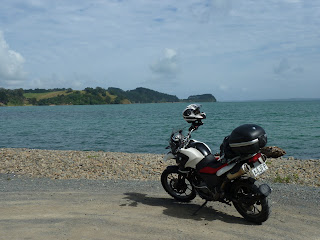 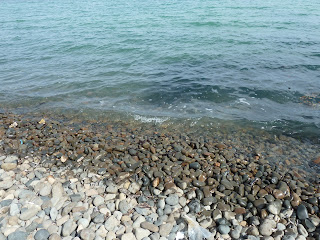 Through Thames, and then at Tapu I turned off and took the gravel road through to Coroglen.  Pretty good condition gravel, and by the looks of it a reasonably well used road.  It was very scenic  as for parts of it the  the road meandered along side a river. 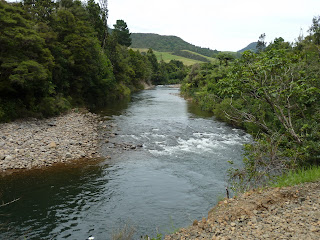 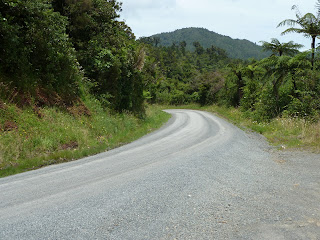 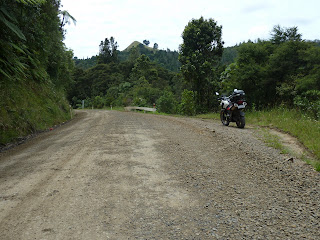 Once at Coroglen I stopped at the pub there, and that was when a guy on a sports bike went tearing past, quickly followed by a man in a car with his lights flashing.....don't know if they caught him, but there aren't many places  you can run from in Coro.

On the road again, and a we bit further north I turned and took the 309rd which takes you back to Coromandel.  Great fun, although a bit slippery in places, due to a lack of gravel and a lot of mud. encountering a couple of campervans ensuered my wits were about me at all times.

I stopped and took a side down towards the river which is where I took these next few pictures.  It was all very quiet and serene.  Very nice though to sit for a while and watch the river roll past. 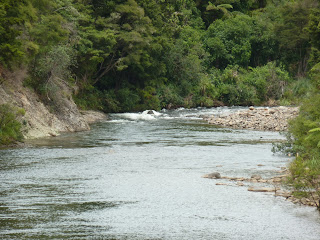 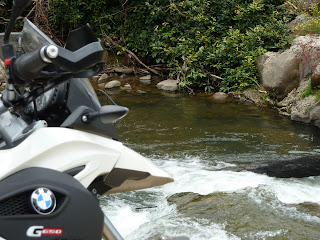 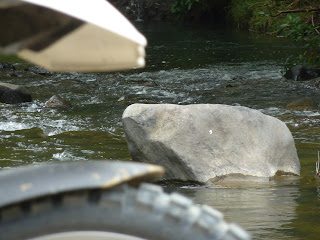 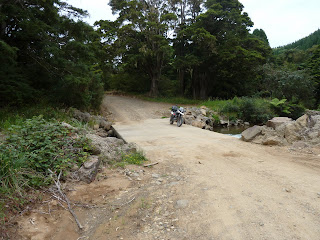 Once in Coro, I called into Geoff's house where I bludged a drink and Geoff and I bored Jenni (his long suffering wife) for an hour with motorbike stories and assorted lies.

Time was getting on so I headed off to Kennedy Bay where I had organised to stay with a friend over night.  Not before heading to the beach though, where I spent far to much time zooming up and down like a kid with a toy, seriously great fun.  Has to be careful though it was packed...... 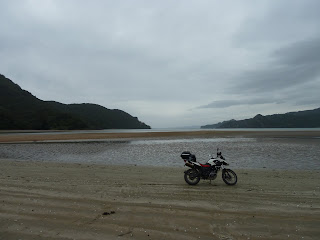 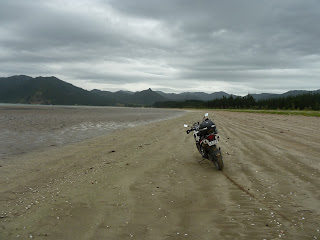 So that was day one, all in all I was happy.  I had finally done a few raods that were on my list.  Tomoroow I would complete the rest....and that is where things got interesting, including the "wing mirror incident" and me renaming one of coros little known bays "Skinny Dip Bay"....not to mention some stunning riding and scenery.

Here is a peak of tomorrow... 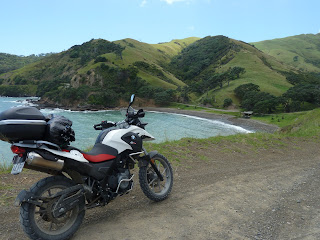 The Map from day 1