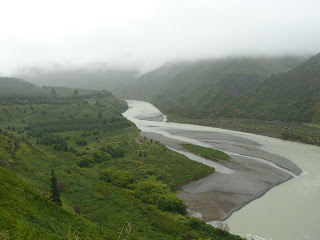 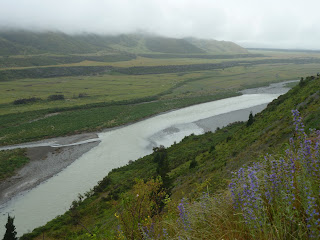 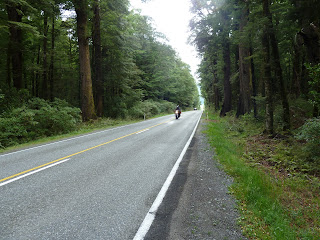 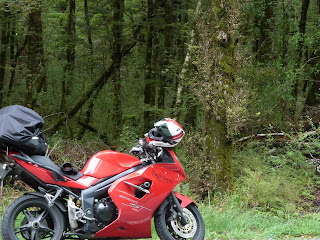 I woke up early and flew out of bed, the weather had improved but was still a bit deary.  At least it wasn't anything like the previous day.  I left soon after and enjoyed a leisurely ride through the magical Lewis Pas road.  Another one of the great "passes".    It meant to that on this trip I had completed the three roads that I was determined to ride, Arthur's, Lindis and Lewis.

Lewis pass is different as in so far you never really reach a great altitude but ride through fantastic canopy covered roads during part of it. As always it is spectacular.....I have run out of adjectives by now!

Once I had got to Springs Junction it had fined up and the run through to Murchison was "spirited", apart for a brief stop at the Mariua falls, which I didn't know existed until I rode pass them. 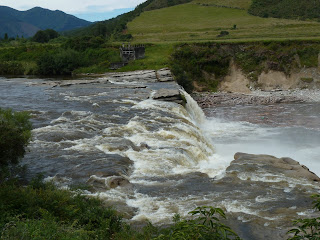 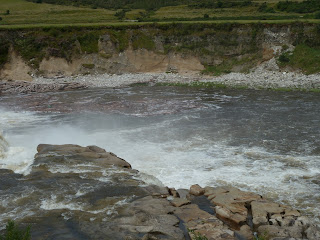 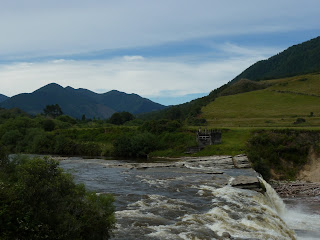 I stopped in Murchison for a bit of food, and then headed off to Nelson.  Another great ride, buy this time I am thinking that I am not keen to stay in Nelson the night.  I was having far to much fun...perhaps I will go all the way through to Picton.  I wasn't due to catch the ferry till the next day, but there is no harm in rocking up when I get there and seeing if I can get on one.

Nelson to Picton was hoot, although it began to rain again and the time I got in to Picton it was heavy the it was blowing pretty hard as well.  I had planned  my run to perfection though and arrived just 20minutes before the ferry left.  Straight on and the only vehicle on the top deck!   Once settled a quick call to my mate in Fielding I had my accommodation all sorted for the night.


Off the ferry at 6.30pm I headed straight to Fielding in the pouring rain! All the way.  I finally got there after nine, a nice long 15 hour day in the bike.   But I was happy.  I had had a great week riding the best roads in the world, and even though it was coming to end I was still a very happy man.  The following day I meandered back to Auckland....and later that night my kids came for a holiday with me. Fantastic!

I had accomplished all I set out to do.  Rode the roads I wanted to do, the ones that were missed on my previous trip.  The weather was great for the majority of it.  Met some great people and saw the most stunning scenery the world has to offer.

New Zealand may be at the bottom of the world for many, but if you ride a bike, this country must be one to put on the bucket list.  I can assure you, you will not, ever, be disappointed.
Posted by Roger at Saturday, January 07, 2012