I left Kennedy Bay and couldn't resist popping down to the beach for another we blat, man it was fun.  From there I carried on up the eastern side of the peninsular.  This is all gravel, in fact apart from a few small bits of tarmac linking the east to the west all the majority of the next seven hours was spent on gravel. 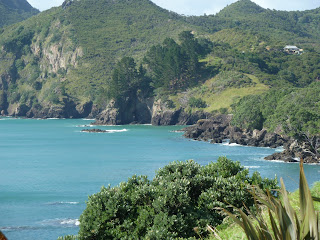 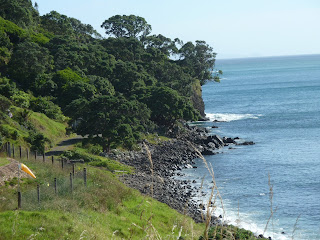 From there I continued to had north towards Stony Bay.    Just before Port Charles, as I was dealing with some tight twisties I came across a truck that was trying to get around a tight left hander.  I pulled over and stopped as far left as I could.  The truck got around the corner OK, but as he went past he straightened and his trailer got extremely close to my handles bars on the right hand side. Eventually with only centimeters to spare I lent the bike, to my left , unable to hold it and with my footing not so good the bike fell against the left hand clay bank.  And there went my wing mirror...., the guys stopped and helped me pick up the bike.  You will see from the pics that part of the road on his left was giving way, so he was also trying to ad void that.   In all the damage was minor, just a $51 dollar bracket from BMW.  It was certainly an interesting moment though. 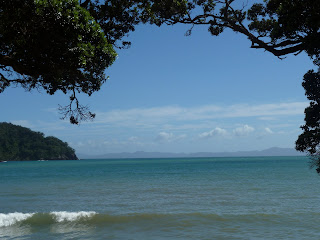 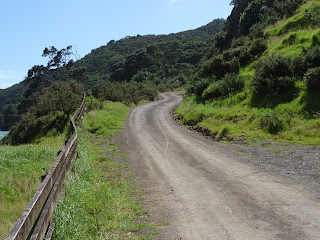 Onwards to Stony bay, and I have to say the road is narrow, with a bit of gravel mixed with clay.  Very very tight.   Still got there OK, took a few pics and carried on back south, crossing over towards Colville before turning north again and heading to Fletcher's bay.  But not before stopping and enjoying some glorious white bait fritters at the Kiwi Lodge.

The ride from Colville to Fletchers Bay is just stunning.  All along the coast the windy, narrow, gravel road will keep your senses on high alert.  At times there is nothing but shear drops to the beach below.  Still it is pretty mouth watering stuff.  It is only about 40kms but took me an hour to complete with a stop for some photos. 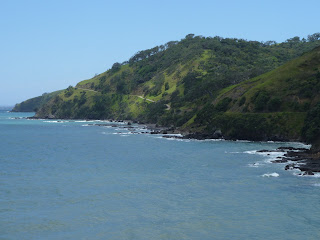 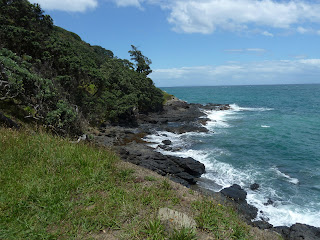 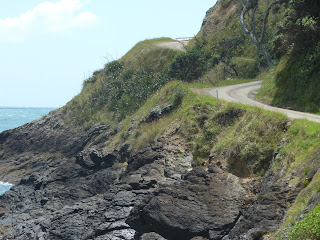 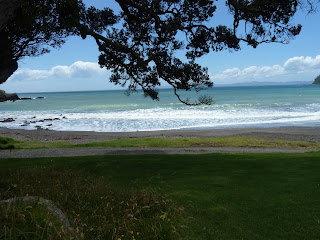 Heading back fro Fletcher's I stopped at one of the many small beaches, and decided a swim was in order.  I have now renamed this bay "Skinny Dip" bay, for reasons I wont go into......Fear not though for the weak stomach amongst my readers, not a single car passed either direction for the 40 minutes I was parked there. 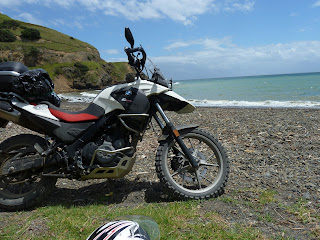 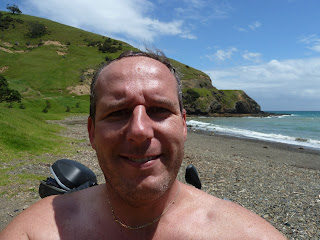 I finally got home after 8, it had been a long day but one of the best.  I am truly loving where this GS can take me.