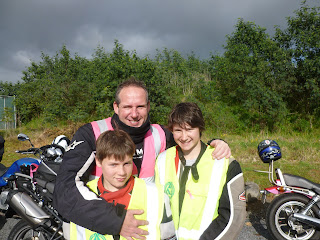 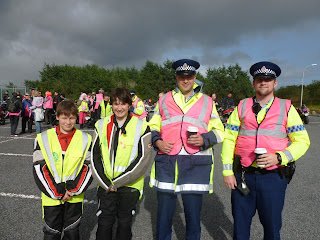 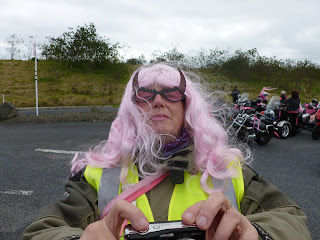 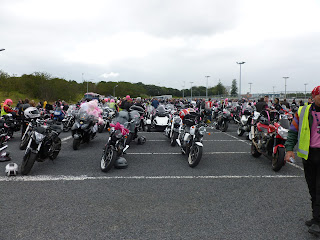 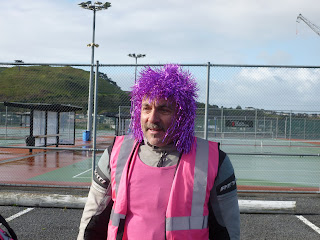 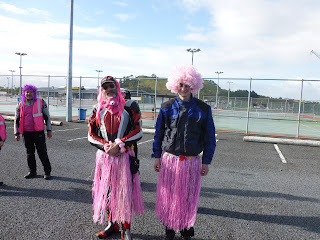 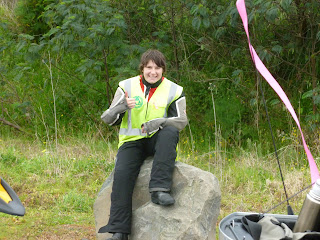 So this weekend was the Pink Ribbon ride, a fund raiser for the Breast cancer foundation. Just like in Vancouver.   Always a great cause and  I am sure most of us will know some one who has been affected by this.  For me it was my Auntie who died.  So When Phil from IAM asked for volunteers with marshaling again , I made ever effort to get there.  This included dragging both kids along.  My friend Richard volunteered to take one his bike....of course sorting out who was going on who's turned into a drama...but Dad sorted it :)..as dads do!

The weather on Saturday was diabolical..but it returned to a degree of normality  on the Sunday of the ride.  I am sure there was a big sigh of relief from the organisers, because I doubt any one would of turned up if Sunday had been like Saturday.

We got there bright and early and had the pleasure of getting a coffee....well the kids got me one, that is why I had children after all.  Then we got to watch all the other bikes drift in.  Over 300 in total.  Great to see so many people getting into the spirit of the occasion.

The ride it self is not long, only about 30-40mins to cover the distance to the final destination by Western Springs.

The Marshall's all left about 10 minutes before the ride began to get in position for the bikes coming through.  I was stationed at Pitt street and Hobson street.  A police car was there as well and all I had to ensure is that the bikes went around both sides of the Island to ensure free flow and no bottle necks.  With that done it was back on the bike and we joined the rest of the bikes for the last part of the ride.

All in all a great day for a worthy cause.  The kids really enjoyed being a part of it and I enjoyed having them along for the ride.
Posted by Roger at Monday, October 15, 2012