The weather of late has been stunning , very unusual for April.  Easter was perhaps one of the best we have ever had.  Saturday just gone was no exception.  I set off early with Taylor on the back of the Sprint.  I had been unhappy for some time with the BT 023's that were on there.  There performance in the dry was OK, but in the wet I had suffered a few slides and loss of grip at the back.  I have gone with Michelin PR3's.  I know a few people running these and everyone I speak to are happy with them, especially there wet weather performance.

After the new tires were on, we  headed west.  The week previous I had gone out to Awhitu with Richard and Andy.   I wanted to show Taylor the light house and have a bit of an explore around the place.  I took it very easy with the new rubber, but it didn't take long before I could feel some nice grip and responsiveness coming from the front especially.

The ride out to the Manukau Heads (also the scene of one of NZ's most disastrous ship wrecks) is a nice one.  The first time I had actually done it was just the week before. The road down to the light house is one that demands respect, lots of off camber, gravel bits, cow poooos....kind of every thing you can think of really.  Geoff also has an excellent blog about the place here

Once down there we were lucky that we had planned our arrival the same time as the women who lives there was also arriving.  Her husbands job is to help guide the ships through the treacherousness entrance to the harbor. She kindly opened the gate and let us ride the bike all the way to the top....I suspect there wont be many pics with a motorbike at the top. So we were lucky, and it saved a nice long walk. (Not that I don't need the exercise)! 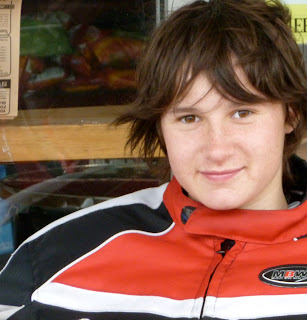 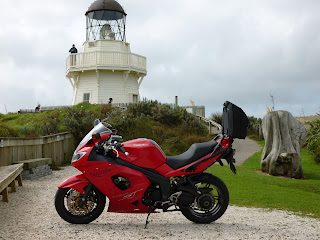 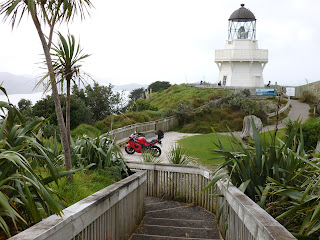 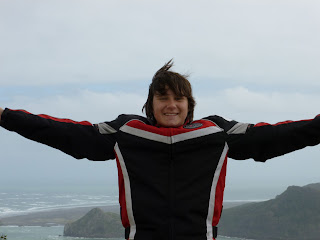 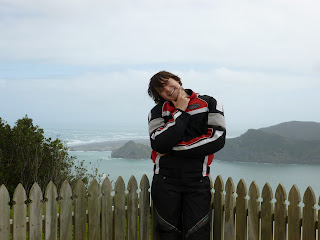 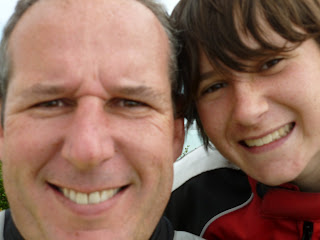 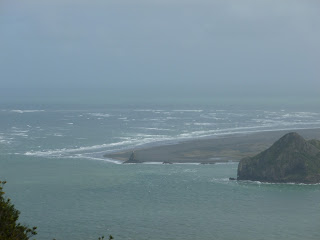 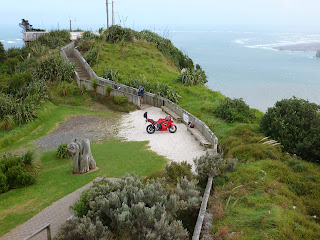 We spent a bit of time there before heading back to Waiuku to have that fabulous kiwi delicacy...... a meat pie. Nothing like a nice mince and cheese pie!  mmmmmm. Much to my surprise Taylor was still keen for some more riding so we headed out east for a bit more, before stopping on the coast at Pine Harbor marina for a drink. 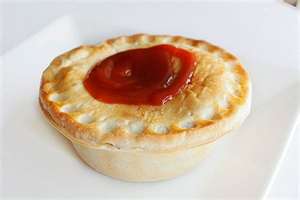 The other highlight of the day was trying out the new SENA SMH10 communication unit that I had purchased from the states.  It had arrived only a few days before.  I brought this one on Geoff s advice, and I am hopeful I can drag him out of blogging retirement to do a review about them.   This is the first unit I have ever used, so I am not in a position to really offer comparisons.  Saying that, what I can tell you is I found the unit excellent. It is easy to install, clear as a bell, easy to use, I had no trouble answering even my phone when riding.  I think Taylor really enjoyed the opportunity
to have a  chat occasionally.  The whole system is wireless. 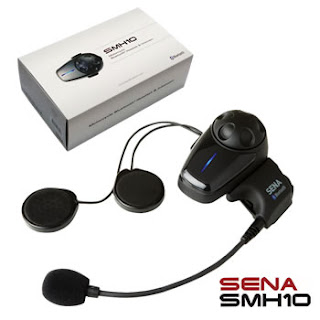 We ended up  spending most of the day on and off the bike.   Heaps of fun and laughs. Taylor has really surprised me this year.  Up to about 12 months ago she wasn't that keen to come riding with me, now she is jumping on the back every chance she gets.  She is even talking about getting her bike license the same time she gets her car one (in about two years)....not sure I am ready for that, gulp...I some times wish she would just stop growing up.

Words don't do it justice though, it was just the best day!