Off I went Saturday morning to join the  NGARNZ  (click on the link for some great  pics) and what a stunning morning it was. April has been brilliant.  I love Autumn! 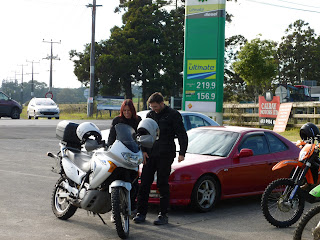 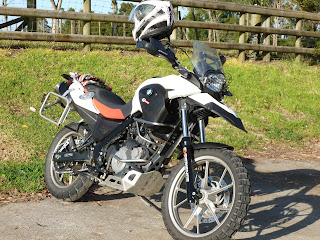 We were meeting at BP Kumeu and as I rode there I was beginning to think I should shift out west as most of my rides seem to be in this area.  Even the IAM rides seem to bring me out here.  Saying that though, when Jim and Sue are involved I will inevitably end up going some where that I have never been to before..and UN likely to ever find again either.

There was a great bunch of 16 riders,with a few new faces.  Again the different bikes always causes much conversation.  From big duel purpose to small trail......not a Gold wing or Harley to be seen though.

Most of the morning was spent riding various gravel roads around the area.  I was sure at one stage we were going back over roads we had  just ridden,  only to be reliable informed that no, every road was indeed a new one.  One patch of gravel just looks the same as all the others to me. Either that or I don't pay much attention to anything going on around me. 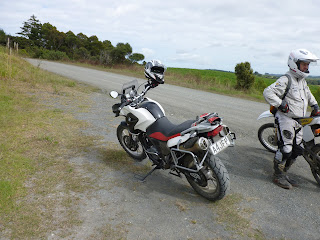 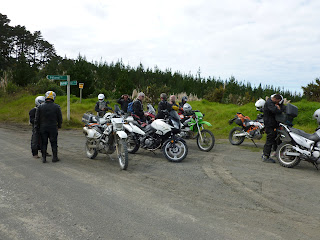 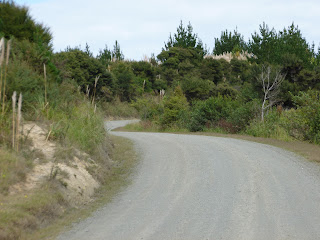 A quick stop in Helensville and then out towards South Head where we were to go riding on a private farm that backs onto South Head forest.

Once on the farm we headed off through a series of gates and along a recently graded clay road, man I was glad it wasn't raining.  Onward and upwards, literally, as well rode up some grass hills to take in the view from the top.  A bit tricky in places, with one guy losing it  in front of me. The view from the top was worth it though and we sat briefly taking it all in.  We carried on along some ridges before heading back down where we had come from.  Keeping the bike moving down hill, slowly ,on damp grass and with out locking anything up was a skill I was about to learn, and learn fast.

We all negotiated one particular nasty down hill section before more riding along grass and down a hill which is where I lost the front of the bike and plopped onto my side. All slow speed stuff...but still could of done with out looking like a plonker. I managed to pick it up...and then promptly dropped it again.  And why I am at it...I dropped her a couple of more times during some sand riding, again all slow speed stuff and just lost forward momentum and down you go. I can confirm that it is indeed not a heavy bike to pick up, it does get heavier about the 6th or 7th time.  The Tourence rear tire just does not give me enough push when riding through heavy sand, a knobbly would of made a big difference. 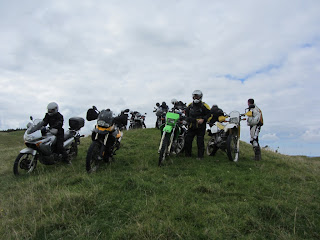 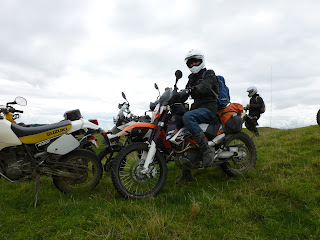 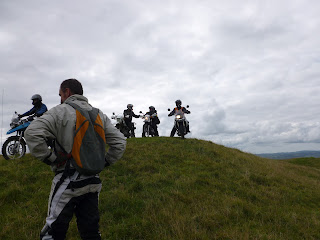 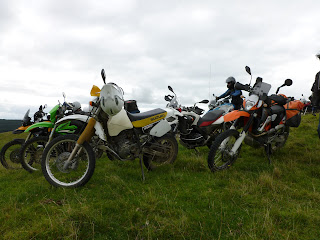 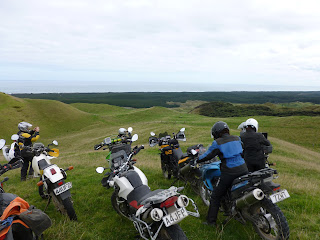 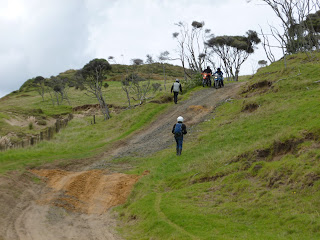 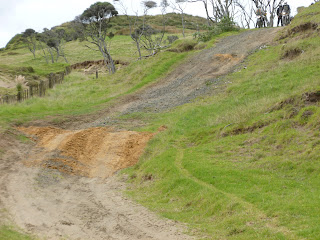 We eventually popped out into South Head Forest where Jim had some more challenging sand sections which I had a go at doing and managed to get through OK.  I will say that by this stage of the day I was sweating like you wouldn't believe, completely out of my comfort zone, scared shitless, as well as grinning from ear to ear.  It was hard going.  I didn't feel to bad about falling off a couple of times, lots of us fell off...made me feel a bit better.  When I brought the GS I wanted to be more adventurous in the places I went and saw, as well as improve my riding skills and learn some new ones.   I can say with complete confidence I have succeeded in that particular goal. I am also getting really good at picking it up.

It was a great day yet again.  I think we all really enjoyed ourselves.