First Trip of the Year.

With the kids going back to there mothers and my partner and I still having a few days off before work it was decided to hop on the bike and get away for a couple of nights.
I had decided that our eventual destination for the night would be Gisborne, a ride of 560kms for the day.
The forecast was for some drizzle and maybe rain, but the further south and east we went the less likely hood of either arriving. We left Auckland and travelled out past Kawakawa bay and Kaiaua.  Here we had our first coffee break for the day, the lady at the fish and chip shop we discovered, rides a Triumph America and wanted to chat for ages!  She was most enthusiastic about her bike and riding which was great to hear and see,  She was a bit of a hard case but seemed in awe that we were heading to Gisborne for the night.
We continued south through Paeroa.  I had decided we would stop at Browns Motorcycle Museum and café in Kati Kati for lunch.  I had not been there before and was eager to have a look.  The food was excellent and was very reasonable priced but there is not a lot of bikes to be seen.  I am sure over the next few years it will be added to, but in the mean time it only has a handful of bikes and some bike memorabilia.   We had encountered some rain and drizzle prior to this, which brought a welcome drop in temperature.  It was extremely humid and hot. 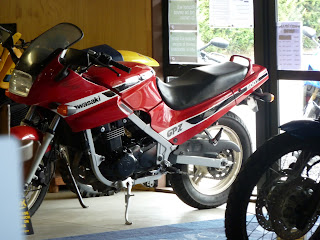 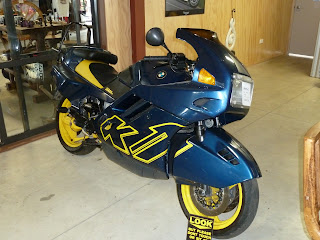 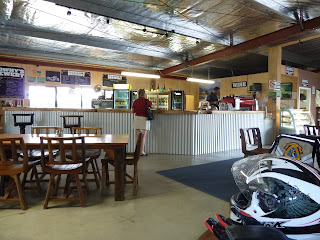 We continued down the coast through Tauranga and Whakatane stopping again briefly in Opotiki for a cold drink.
We entered the Waioeka gorge.  This is a great road and one of my favourites; it seems to have little traffic, is scenic and has some great sweeping corners mixed with some tight ones.  There were patches of road that were sub standard otherwise I had a blast.  But boy was it hot!  This is a road for any visitor or motor biker travelling the country,  that must be ridden.
Finally arriving in Gisborne at 5.00pm to a temperature of 32C (89.6F), and I will say with all honesty that first Vodka never touched the sides!  Neither of us slept well and the temperature remained warm all night.  If seems that I am raving about the heat , please excuse me.  I have done a lot of touring during summer months, but this year I have encountered heat that I have not encountered before.  The humidity has been sky high for a few months , and I am sure at the end of summer it will prove to be one of our hottest.  I know December was was way above average.
Friday 7th
Waking to a glorious day on the coast, I decided that we would take Tiniroto road to Wairoa.  I have never ridden this road and it was great to be on unfamiliar tarmac.  I know Geoff had mentioned it when he did the Grand Challenge.  I will say , that I was glad I was not doing at night!  The temperature was hot again and the time we stopped at Te Regina falls, and the temp was back into the 30’s(86F+).  We took some photos, then headed off towards Waiora and a coffee break.
At Wairoa we were given a very unfriendly welcome form a local as we entered a cafe.  I know there has been gang trouble in this area before, and I am not sure while we were’ mentioned” but we quickly drank our coffee and headed towards to Napier. 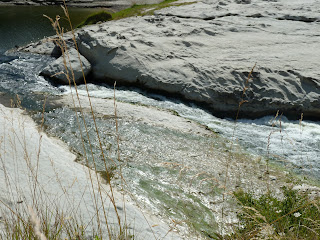 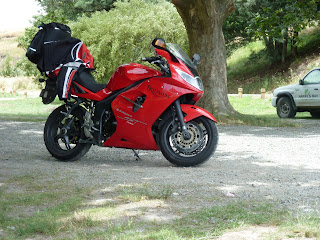 The next 100kms done at a brisk pace, maybe cause it was hot, maybe because we were hungry, or perhaps we just wanted to get away from Wairoa.  Either way we only stopped briefly at Lake Tutira, and it was a welcome relief to sit in the shade. A lovely fresh water lake, I was tempted to strip off and jump in, any thing to cool off.
Arriving in Napier we stopped at “Crab Farm” café, and it was awesome.  Fantastic food and wine.  I had one beer with my lunch, which was the most refreshing beer I have ever had.  Normally as a rule I never touch a drop of drink when I am on the bike, but I made an exception on this day.  Napier was as hot as Gisborne, but with our next stop and over night stay being Taupo. I was hopeful of a drop in temperature as we travel through the central plateau.
Napier -Taupo is another great road to ride, and the 140 kms were done in no time.  We found a flash motel, (for a change) it had an air conditioning unit, and a massive spa bath.
I was feeling very exhausted, even though the total kms where not many the heat was oppressive and I think this contributed to my overall exhaustion.
Today we travelled 360kms.
Saturday 8th
Another day dawned glorious, and it was  merciful a lot cooler.  We headed south to Turangi, then turned right and headed to Taumarnui.  I was having  a awesome time, the cooler weather and the clear roads, I was in my zone and it was the best of the ride of the last few days.  What an awesome road with lovely sweeping bends and scenery.  I was in that "ZONE"where you just ride and feel at one with the bike and the road.  I was buzzing on our arrival at Taumarnui. 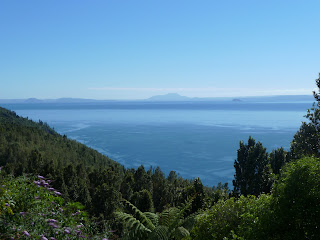 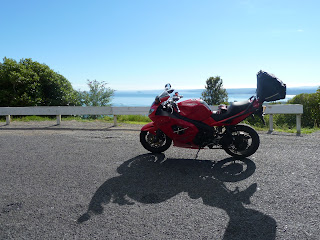 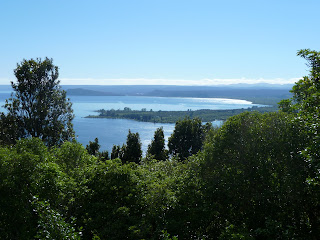 Heading north we continued on HYW4 through to Te Kuiti, and then finally home.
View Larger Map