On Holiday- The True story!

As some of you would of read my blog that I posted just before I left Auckland you will be aware I was heading off to the top of the South Island where I had rented a bach.
We left Christmas day and headed straight to Wellington. The seven-hour drive was uneventful, but I was surprised at the lack of traffic, and more so at the lack of bikes I saw out.  Perhaps people just don’t like to travel on Christmas day, but we had already done the family dinner thing so it was all planned.
We arrived in Wellington just after 8pm, and the search was on to find somewhere to eat.  After a bit of driving around we found a very nice Chinese restaurant and I have to say the food was exquisite, and for it being Christmas day we were not charged a sur charge.
We found our motel and pretty much showered and went to bed.  We were up early to catch the Inter Islander across to the South Island and from there we had a 30min drive to Mahau sound.   First a brief stop in Picton to load up on fresh food and vegies, finding room in the car was not easy, perhaps it was the 2 dozen bottles of win, couple bottles of vodka and or course some light refreshment beer!  (I like to be prepared for guests!) 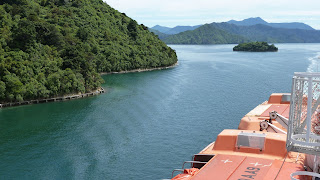 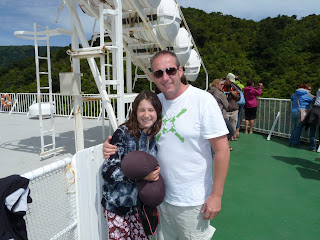 We found our Bach on Kenepuru road, and it was just like the photos. It was a great spot and I was instantly on the deck with a cold one and a good book ….yah I am finally relaxing.
The weather forecast for the next two days was not promising, although the rest of the week following was forecast o be a ripper.
We awoke on the morning of the 27th to strong winds, and it had begun to rain. We settled in for the day playing endless card games and puzzles, reading books and eating, a lot of emphasise here on eating!
By late evening the rain was heavy, torrential in fact and it didn’t stop all night.  A heavy rain warning was in place, and I have been in many a good storm. But this was unbelievable.  The Marlborough sounds had over 400 mm’s of rain in a 12-hour period. 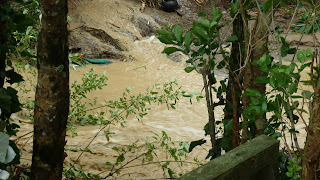 The following morning we awoke to downed trees, no power, no phones, and extreme flooding. The house next door was surrounded by water. The “show Garden “ was no more, their place was devastated.  The water was two feet up around their front door.  Although we were safe it was a scary sight to behold.
Finally by around mid morning the rain stopped and the sun had come out.  We discovered that all roads around the area were closed and blocked by slips. Our neighbour came over to see how we were, which I found very heartening considering his place was under water!
We assessed the damage around the property and realised we had got off very lightly.  Apart from some water flowering around the property and a down tree on the front lawn we suffered no serious damage.
We managed to get over to the neighbours, got hold of some shovels and got stuck in.  Our main efforts were to concentrate on diverting the water away from the foundations. He had a digger and was trying to divert the “STREAM” away from his house.  In reality I am not sure we succeeded much as the water had began to subside not long after the rain had stopped.   Ironically I now needed to apply sun block as the sun was out in all its intensity. 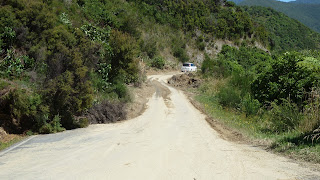 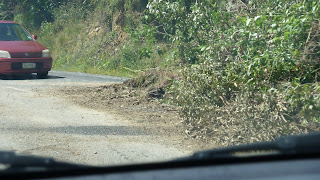 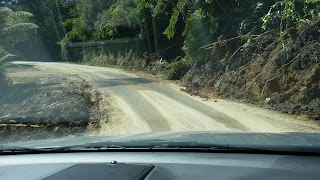 Power and phones were restored late that night, and some of the roads had at least been cleared for one-way traffic.  The clean up would continue long after we had departed back to Auckland.
The 29th, 30th and 31st of December were spent lounging around the Bach, the weather was now brilliant and the days were spent playing rugby, cricket, swimming, patanque. (of which I am the undisputed champion) and any other game the kids could think of.  I enjoyed the late afternoons the most as we sat on the deck and looked at the view, while sipping on a glass of wine and working my way through several books.
On New Years day we headed back towards Picton and walked a part of the Queen Charlotte track.  Not much of a nature fanatic myself, I thoroughly enjoyed the walk, it was great to do.  I can see why some people spend there whole holidays doing things like this.   I was trying desperately to take some photos of the birds that flew around us, fantails, and tuis, but the little buggers wouldn’t stay still for more than a split second!  I strongly recommend anybody that is in the area to walk some of this track, is a great and easy walk. 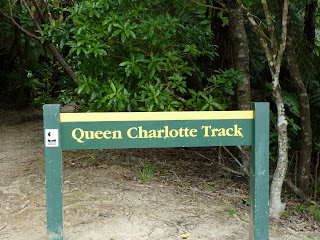 January 2nd saw us head to Blenheim for a day.  The weather was again beautiful and there were plenty of bikes out, must to my annoyance.  Still Blenheim is a great little town and as we drove through all the vineyards we noticed many of our favourite brands.  On our return it was off for a swim and then a wine on the deck, I could get use to this lifestyle.
Still all good things must come to an end, and the following day we started the clean up around the Bach and left the following morning to catch the ferry and the drive back to Auckland.
This is the fourth year in a row that I have rented a Bach somewhere for the holidays, and as an alternative to camping and, motels it us well worth the exercise.  All the Bach’s that we have stayed in have been well appointed with most of the home comforts, and close to beaches and places to visit.  We have stayed at Omaha, and the last two years were at Coromandel.  There are a huge variety to choose form and I use either BookaBach, or Bachcare.
Next year I will look for somewhere closer to home perhaps up north somewhere.


Happy New Year everyone, I shall finish this blog with a few random pics from the holiday. 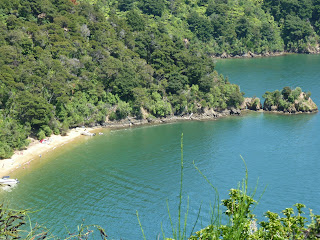 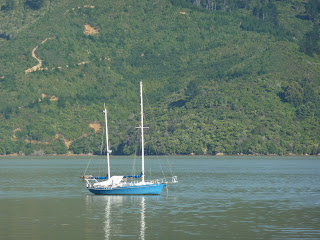 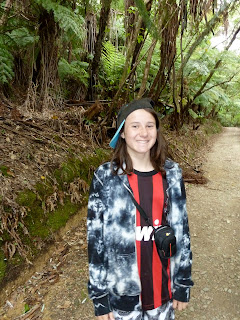