To Close for Comfort. 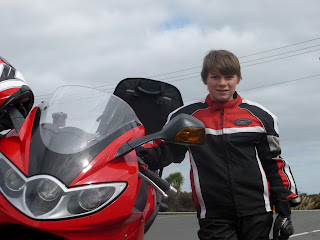 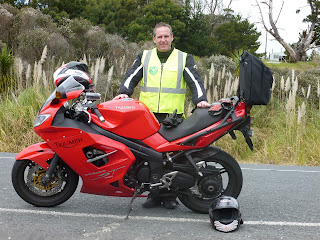 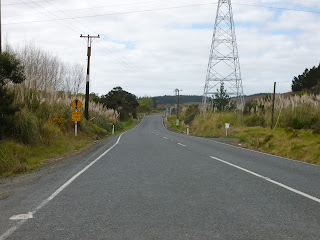 It was a nice day on Saturday and with Taylor out reeking havoc with her friends at the mall I put Nathan on the bike and headed for a ride out west.  I needed a ride and I wanted to familiarize myself with a few of the roads out west a bit more.  This is where most of our IAM rides are so it was a good opportunity to plot and plan a few routes.


I was enjoying the ride and had been working on my extreme positioning on corners.  About 5 kms from the Woodcocks road turn off and as I was entering a uphill right hander,  I had the bike positioned almost on the white line on the far left of the road.  It was here I first caught a glimpse of what I though was the rear end of a SUV ahead of me, it only took a fraction to realise that it was not the rear but the front and she was on my side of the road and coming straight towards me.

I aimed the bike for the gap between her and the side of the road (about 7 feet)..eventually we passed she had moved back towards her lane but it was one hell of a scary moment.

I firmly believed that if I had not done my IAM training then I probably would of been hugging the center line and the result would have been very different as I would of had to execute two changes of directions quickly to avoid her.

It took a lot of self control not to turn around and give chase.  I wanted to catch her and give her a piece of my mind.  She put not only myself but my son in danger.  Man was I pissed...

The rest of the ride was uneventful, Nathan seemed oblivious to the whole thing except to say "that the women was a bit close", a classic understatement if ever there was one.