A momentous event happened to day in our house hold.   An event that has been long in the making and long in the waiting, and event that I thought I would never ever get to blog about.

Taylor's football team,( Fencibles G13 red), scored  there first victory of the season, over mid table Eastern Suburbs.   Proudly inspired by my daughters hat trick of goals to record a stunning, (and for the parents) a shock 3-0 victory.

It was a long time coming, but was very exciting for for all the girls in the team, they have improved heaps from where they started, and I have to admit the coach has shown amazing patience.  Don't know how he does it.


Early in the week I was able to get some tickets to The All Blacks & Wallabies rugby Tri Nations test at Eden park.  For those not familiar with rugby it is our national game, and a some what biased crowd of 55000 turned up to watch it.   I had never been to a AB VS Australia test before so with Terry and Nathan organised to go to the movies , Taylor, my mate Mark and myself headed down to Pakuranga to catch the free bus to Eden Park.

On arrival we were lucky to spot All Black Corey Jane, who had just completed a TV interview.  So I  got a great pic of Taylor and him together...just awesome.

We had some good seats at one end of the park, and is was a great night as the AB's demolished the Aussies 30-14.  What an awesome day , a father couldn't ask for better.  Being part of a crowd of 55000 is alwys going to be fun.

Here are a few pics of the game... 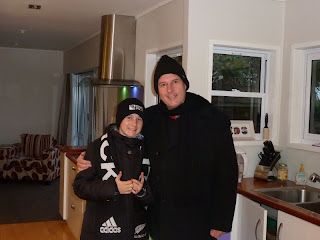 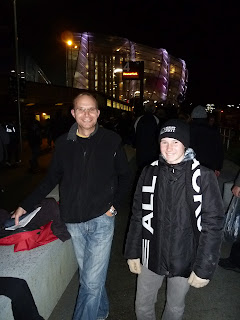 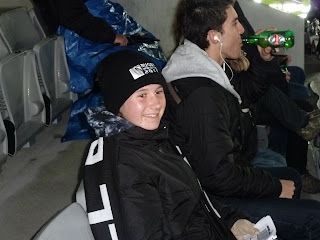 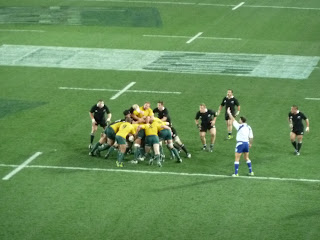 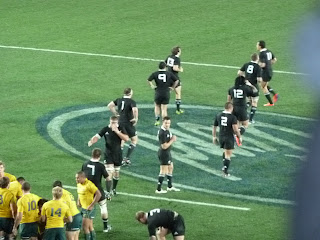 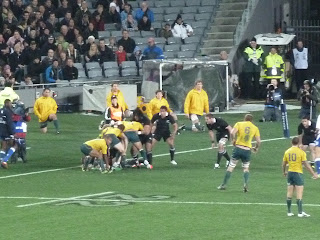