and no I didn't fall off! 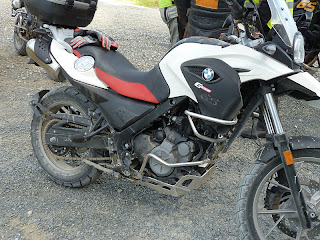 This weekend I joined the Auckland Gravel Adventure Riders Group weekend away.  This was my first real opportunity to try my gravel skills.  Although gravel skills may be a tad generous and complimentary.  I mean I have watched a few YouTube videos and done the odd gravel road when out exploring, but I certainly could not say I had rack up any degree of experience.  But this was the reason I brought the GS. To see more, go to more places and expand my riding skills.
So I headed off early on Saturday morning and turned up at the BP at Bombay, where I watched as over thirty bikes arrived.  I thought for a moment I was at a BMW rally. There were at least 15 GS800's there. A couple of 650s and a variety of other makes.  Majority of them designed for off road.  Although Josh on his CBR 600 had me wondering?

For the first part of the ride it was recommended that newbies to gravel just do the road part as Klondike Road can be a bit hairy.  So I did as I was told and rode with the guys that were just doing the road ride only. The pace was very sedate and it didnt take long for us to get to Te Akau.

Once at Te Akau we waited for the gravel guys to arrive and then a few of us joined them as we headed through some fantastic back roads to Raglan.  I will admit though the first ten Km's was a bit hairy as the gravel was thick and I wondered what the hell I got myself into. Seriously what the hell was I thinking?  After a while it smoothed out a bit and I enjoyed myself immensely riding on gravel.  I Started to have some real fun sliding the back wheel, and just relaxing into the ride.

Once in Raglan, time for lunch.  Fantastic cause I was bloody starving and it was now close to three O'clock.
Leaving Raglan we headed towards Bridal Falls and on, crossing over on to tarmac a couple of times before taking more back roads towards Kawhia.  "Roads" may be a bit of a generous term, as at times it was more of a track.  Saw some great scenery and at one time spent quite a while with no one in front and no one behind.  The little thumper was great, doing it's job perfectly and for someone like me without much experience on this type of riding it is perfect.

From Kawhia we took yet more back tracks as we headed towards Waitomo, this was the most scenic of the day and don't ask me where I was cause I had no idea.  It was an awesome ride though.  I was wondering if we were ever gonna get there as this bit went on for ages.  Never came across a car, and the other bikes spread out a great deal.  Finally popped out onto Sh31 and it was a short ride though to Waitomo.

It was well after six when I got to the motel.  The hot shower and cold vodka tasted as good as any thing I had ever drank before.  Mmmmmm   VODKA!


The Waitomo Caves Motel put on a great buffet dinner and breakfast as well as a nights accommodation for $100.....pretty good value I must say.

Sunday we all met for breakfast at 7.30, a lot of guys had all ready left to return home,  and  had only done part of the first day.  There was just 13 of us left with three of them road riding, so just 10 remained to continue on some gravel roads.


I remained with the gravel guys, taking yet more unknown back roads to Kawhia.  It was here that I decided I had done my dash.  Yesterdays riding, coupled with a late night on the Friday, and a hell week at work was taking it's toll.  By this stage to I was the lone learner, and all the others riders were fairly experinced....well thats how it looked to me.   I headed home via some main highways before getting home just after two.

I procedded to spend the rest of the afternoon fast asleep on the couch....until the cat decided I would make a good pillow!

I throughly enjoyed my weekend.  Didnt scare my self to much, and left hungry for more adventures.

Here is a link to some YouTube Video. Raglan Gravel Bash. 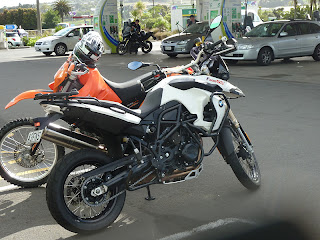 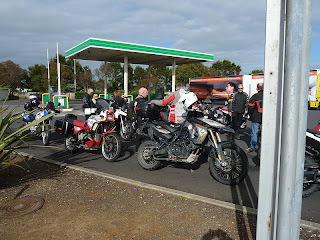 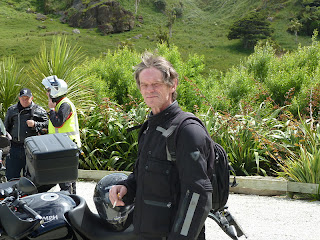 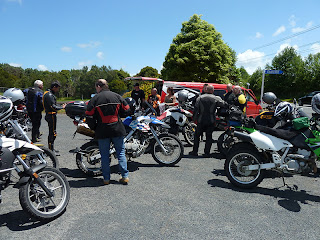 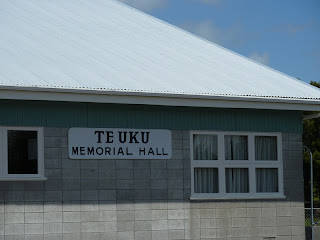 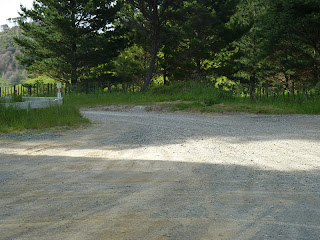 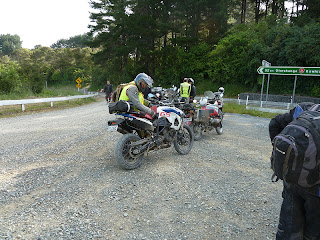 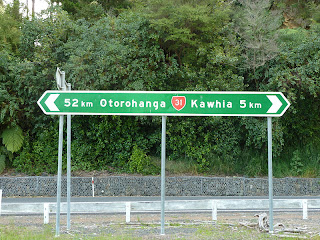 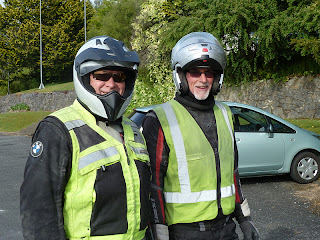