The Weekend that was....

I had my kids this week, but still managed to get a couple of rides in, much to my delight.

Saturday was election Day, and New Zealand went to the polls.  I did my bit and voted. Some thing I have never taken for granted, and living in a democracy it is not only my right, but I feel strongly some thing that must be done.  There is no point in complaining about government if you don't exercise you right to vote.

With that out of the way, I took Nathan for a wee ride north to Orewa.  Tricia O'Connor , who was my original instructor when starting out with the advanced riding was having a small celebration with there shop being open for one year.  It was also a good way to feed Nat some lunch because of the free sausage sizzle.!  I also just wanted to show my support to her. 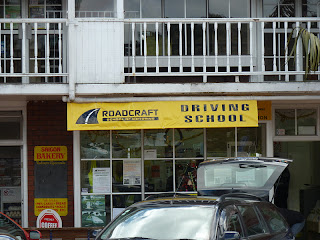 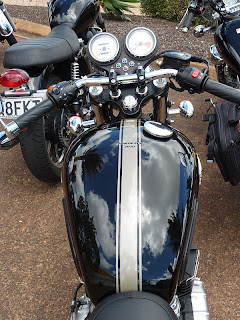 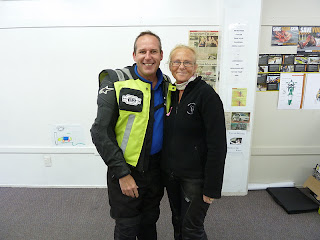 Tricia shoots straight from the hip, an endearing trait, and essential when you are Teaching skills that will save peoples lives.

Sunday I was able to join IAM for there monthly ride.  Nathan had gone shopping with Terry, and Taylor...well she abandon me for her friends the night before.  Turning up at Deus X Machina, I was greeted by Geoff's beaming smile and a realisation that the cafe was in fact closed and moving....bugger really could of done with a strong coffee  this morning too.

With only two observers and 7 of us trainees there, Geoff and Phil took the new guy Matt for his first observed ride.  I think this is important, if new people come along they should always be given priority to get "checked" and into the system. You can read about Geoff's experience here..

So Mornay and the rest of us headed off for a ride to Shelly beach...out west and a place I had never been to before.  The pace set by the lead bike was slow, and I was certainly getting frustrated at our lack of "progress".   Still it was pleasant enough and having never been to Shelly beach it was yet a new place to visit. 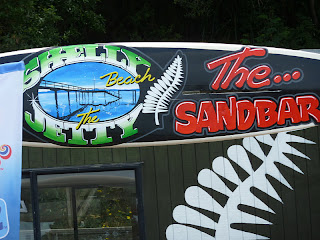 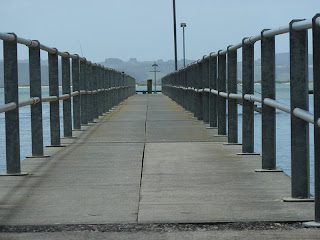 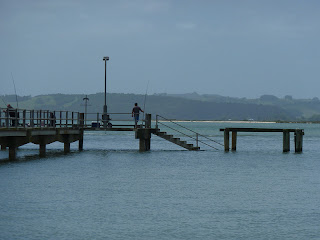 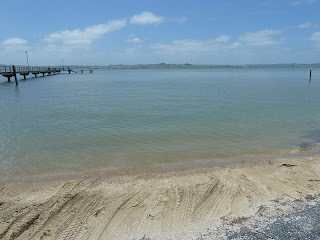 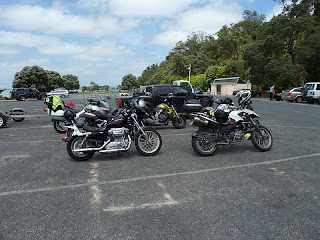 I think Morney "sensed' my frustration and the mornings slow progress, actually "sensed" was probably an under statement.  I think my frustration was obvious to all.  He insisted I go out front and he would observe me until we got back to West gate.

I was more than happy to oblige, and set off through some twisties back to the main road, completing several overtaking manoeuvres, before stopping at Paraki for a chat.  After a brief discussion with Andy and I we set off again, during the chat the other guys had gone ahead, I caught them just a few minutes down the road.

At the debrief, Morney was generally positive, saying that both Andy and I are close to where we need to be, I was however guilty of pushing the speed.  This is some thing I am normally very conscious of, but I think the mornings frustrations had simply got the better of me.  Never the less was pleased with my progress and am eager to push on.