Muriwai - Fun on the beach. 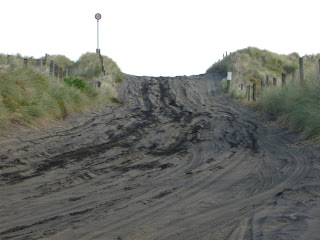 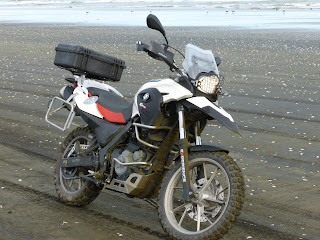 Muriwai.   About an hours ride from my home and one of Auckland's iconic and most popular beaches is located on the West Coast just north of Auckland. It's a black sand beach, derived from the iron content of the old surrounding volcanoes. It is a popular place to swim (although very dangerous), to fish and has some terrific nature walks. It also has its own Gannet colony for those that love birds.  It is also a great place to have a bit of fun on bikes!  At low tied you can drive on the beach, (4Wd  access)  only north of the entrance though and there is a posted speed limit. You can go as far as South Head forest which is about 60km's up.  A few hours either side of low tied is the best.     Judging by some of the rusting engine blocks and chassis that I saw not every one adheres to this advice.

So on Sunday afternoon in fine but balmy temperatures  (12 Celsius, 53 F ) Andy and I decided to head off and have a bit of fun and do a bit of exploring.  I had once ventured as far as the entrance but that was when the GS was only a few days old and with the standard road tires on.  This time I was a wee bit more prepared.  ( and of course wiser, cough, cough).   The entrance onto the beach is about 70 meters long and the sand is thick and powdery.  Had to really floor it to get on and the bike was going all over the place, I half expected at any minute for  the front to dig in and off I go...but it didn't and in a few moments I had a grin from ear to ear as we began riding at a controlled speed along the beach.  What a blast!

Stopped for a few pics, mainly trying to get Andy in the frame practicing his wheelies....he was doing quite well which is more than  I was doing with the camera.  A few people out and about fishing, a few kids on dirt bikes and people out walking.  A sunny day and only a mild breeze.  Man I love wee jaunts like this. Sunday afternoon riding up and down a near deserted beach.  Heaven. 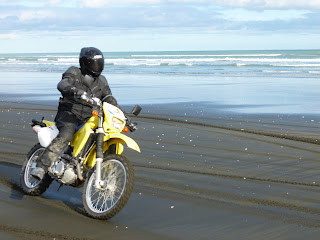 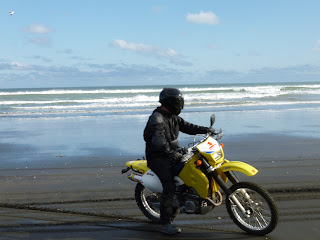 All to soon our time for play was up and we headed back down the beach, my exiting wasn't as successful as my entrance and the front gave way plopping me onto the sand like some rejected lover....honestly my bike is a bitch some times.   I mean it is just sand so no damage is done except that my foot was stuck and Andy all ready having disappeared over the horizon I had to wait for a guy in a 4wd to come and lift the bike off me ( don't get me started on how that conversation went) ....no sooner said than done though and I managed to get the rest of the way out with incident.  Whats a bit of off roading with out the odd off.

A stop at the wash world just down the road was in order as the Black iron sand and mixture of salt water can corrode you bike quicker than a Hollywood marriage....or should that be divorce. 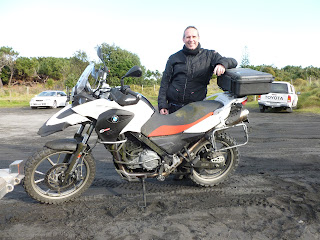 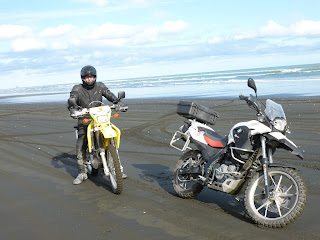 Thanks for reading another one of Rogeys Gravel Rash Adventures.  A few more pics here if interested