A kiwi in America.

I recently returned from the states after attending my partners sisters wedding.  The last time I had been there was 15 years ago.

Our trip entailed a few days in LA, then off to Vegas for a couple of nights, back to LA then  a road trip up to Lake Tahoe.  (Unfortunately all of it in a car!) 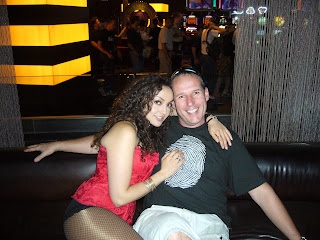 Discussing the Kiwi accent with this lovely waitress from Vegas!

Being a biker of course I would like to offer some observations of what I saw,


1) I was completely amazed at the lack of safety gear that most motorcyclist wear. A back protector and a helmet seemed to be the norm, until you hit Nevada then the helmet also disappears.

2) A lack of bikes, considering the population and the affordability of bikes. On any given day in NZ if the weather is fine you can expect to pass 50- 100 riders.  I saw about  about 20 on our trip to Lake Tahoe but most were Harley riders of some group and this was in Nevada, none were wearing helmets.

3)  In LA Particular the word "chicken strip" could only be described as an understatement.  Talking to a guy in a shop he said most of the young guys were in to straight line speed and not the corners. The strips were an inch wide on either side of a GSXR I saw.  Not that I care about that sought of thing but it was certainly obvious that some of the bikes I saw did not go around corners much.
It made me wonder how they would handle the twists and bumps of New Zealand roads.

4) Off topic... The food is  a bit crap, seems to be lacking in flavour and very sweet , but it is cheap! Bloody cheap compared to NZ,  Four of us could eat out for $35 ,  two of us would struggle to do that here.  In fact America is very cheap in general,  certainly came back here wondering why everything is so expensive over here. 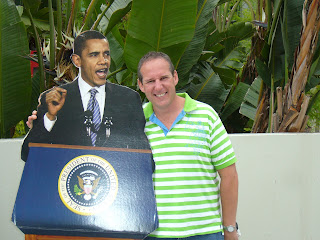 
All is not lost though! I meet  guy  called Steve who was the best man at the wedding , he actually rode there on his Vstrom, and I spent many a hour talking to him about bikes and the good roads to ride.   I have since realised that what I had seen, although true is certainly not a reflection on the biking community in general and since I have been following many blogs on here I have learnt a lot more and am certainly eager to return to visit more of the country and see.

I am looking forward to returning and and perhaps getting a few days on a bike.
Posted by Roger at Saturday, October 16, 2010