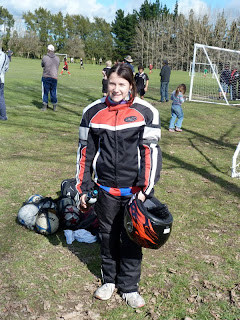 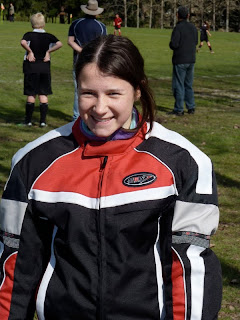 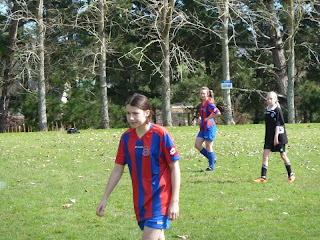 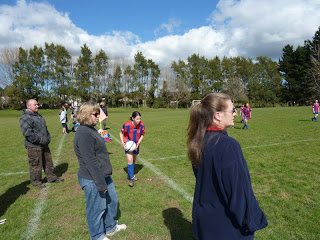 After the week that was, with snow storms and the like, we were greeted to some great weather for the weekend.    Saturday the sun was shining. I had to take Taylor out west for her soccer game.  We, or rather I decided that we  should go on the bike, Taylor considered this an excellent idea.  So off went for a nice ride to Waitakere where Taylor's team  played one of the best games of the year.

Waitakere had beaten us previously 8-0, and 6-2 so I was not confident, and neither were the other parents, and was sure that a thrashing was on the cards.   30 seconds into the game we were one -Nil down, and I had began to worry.   What happened next was not only astonishing but bloody amazing.  The girls played there hearts out, got right into the opposition faces, and fought like there lives depended on it.  Just before half time Taylor scored a cracking equalizer.  With our team having only just the 11 players required, so no subs I was worried that tiredness would get the better of them.  The girls continued to throw every thing at the opposition.

The game finished a draw, but what a great draw it was, and if you could have seen the faces of the opposition, you would of been in no doubt who was the more disappointed team.  The parents of the Waitakere girls looked a bit glum also. 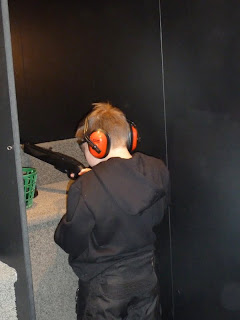 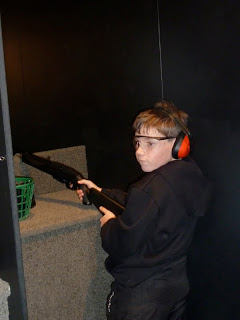 So Sunday it was Nat's turn, Taylor had gone for a friends for the day, honestly she has a busier social life than I have ever had.  Nat wanted to go for a ride, and he also wanted a go at shooting a air pistol.  I remember a place we had ridden past often on our way to mum and dads, so we headed off there.  It was still fine but a little more chilly.  Still Nat was happy, I was on the bike, the sun was shining, I was with my son, I was happy.

We got to the Golf/rifle/baseball/cricket range, and proceeded to have a great time trying to shoot moving ducks, cats, dogs and pigs.......with out much success I would add.  Into Warkworth and a great lunch before taking the long way home through Woodcocks road and Old North rd.   Getting home mid afternoon.

Two small but great trips on the bike for the weekend.  So I a sitting here, writing my blog, having a glass of lovely vino, with a few cheese nibbles thinking that life is indeed good.