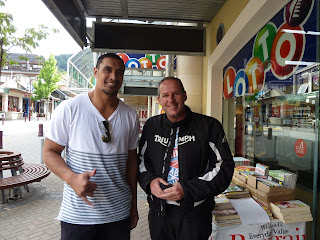 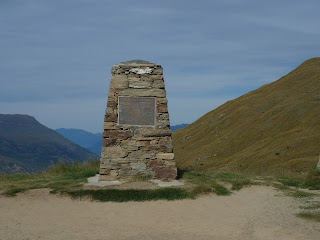 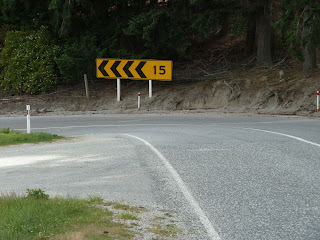 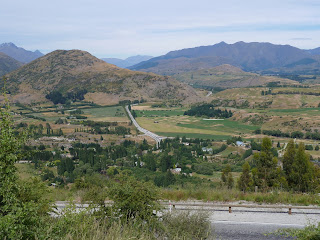 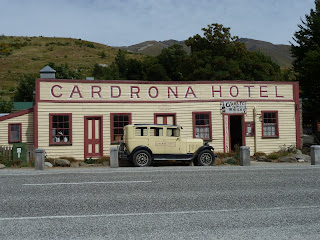 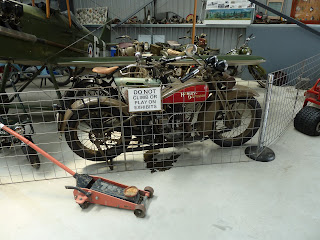 The crown road from Wanaka to Queens town was only sealed in 2000, How I missed it the first time I came here I don't know, but i more than made up for it this trip going over the road times.  It is only 67kms...but oh man what an awesome 67 k ms.

I had decided I would spend two nights in Wanaka to give myself a rest off the bike (fat chance), but once I had ridden it it was two tempting not to do it again.

After the first trip I stopped in Queenstown for some brekkie, and ended up having breakfast with Jerome Kaino.  For those not familiar with out national sport of rugby, he was voted top all black of 2011.  I was quite chuffed but did my best to ad-void hero worship and hence embarrassed myself.  I did mange to give him a few tips on places to visit while he was here, and I now consider myself on a first name basis.

Anyway back to the "road'. It is as close to some thing from the Swiss Alps that you will find here.  Going down the Queenstown side there is a series of tight switch backs which will challenge many a biker.  The view is stunning from the top.  Quite simply it is a must do road weather on car or bike if you are ever in the country.

Following that I stopped at the toy museum and spent a hour or so wondering there.  In all honesty after the mornings riding old toys failed to capture my imagination.  I went down to the lake and spent some time reading and under a tree as the temperatures were in the high 20's.  Of course I found the local pub and spent the evening trying to convince the locals the Auckland is actually not that bad a place....I did not succeed though.
Posted by Roger at Wednesday, December 28, 2011