A ride of two halves. 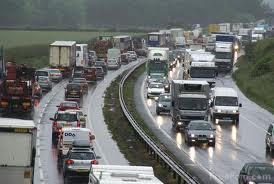 Last night I met up with Phillip McDaid for another observed ride.  It has been three months since my last one, and I will willing admit I was eager to show my improvement.

The forcast was not promising, and right on Que as I left work it began to drizzle.  The time I met with Phillip it was showering, a few minutes later it was raining. Added to that was a strong norwester wind. It was pretty crap to say the least.

We rode out of west gate for about half hour before we pulled over.  I had completely screwed the ride. Barrelled into a 60km zone doing 80, Hit a 100km zone and didn't see the sign so carried on doing 80.  Was two ginger around the corners, and overshot an intersection....one word sums it up pretty well...FAIL.

I was demoralised, really pissed off with myself, and as I was listening to Phil, questioning my own stupidity and why I was even doing this.  I felt I had worked so hard over the last few months and here I was making some very basic errors. I was not a happy chappy.  I have set high standards for myself, and felt I had let myself down.

We hit the open road towards Helensville, where I completed two passing maneuvers.  The first one I felt I missed an opportunity earlier, although I executed both maneuvers well. Out of Helensville Phil lead for some of the way, before I took over and redid one of the roads that I had miss read earlier in the ride.  The rain was heavy now, but I started to get back into the groove of what I should of been doing in the beginning.
I was feeling a bit better during this part of the ride and back too Phil's factory.  We went inside for the debrief...

It was a ride of two halves.  The first half was poor. Even I knew that, He gave me a (C), the second half of the ride, I rode like an advanced rider, and showed all the skills that I had been working on. This half of the ride Phil gave me a (A).  The clouds of despair which hang over me like the rain of the day lifted slightly as I heard this.

I am annoyed at my own inconsistency, and lack of concentration in the early part of the ride. I seemed to have left my observation skills back at the office before I left work. Once I get my mind into gear, I ride to a high standard, but I felt I let myself down yesterday.

I rode home in the pouring rain, with lunatics all around me. Wet, cold, and  wondering why I put myself through this.  But I wont give up, if the standard was low then everyone would accomplish it with out even trying. When I do finally get there it will be all the more satisfying. At least the wine tasted good.... 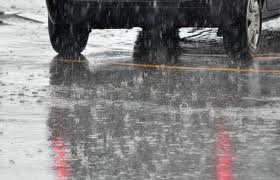